Looking for something to do in Stevenage? Whether you're a local, new in town or just cruising through we've got loads of great tips and events to offer. Find out what’s on in Stevenage with our regularly updated events calendar featuring the best upcoming events in Stevenage and the area.

This guide lists events at a glance, showing what’s on each month. See the highlights of What’s On for Stevenage, featuring the best of things to do in Stevenage – Live Music and Gigs, Family Events, Art & Culture, Food & Drink and much more. Stevenage fundraisers and charity events.

Important This Event Calendar is not maintained on a daily basis and some events may have changed dates or are no longer happening. Please double-check the event websites for the most up-to-date information. 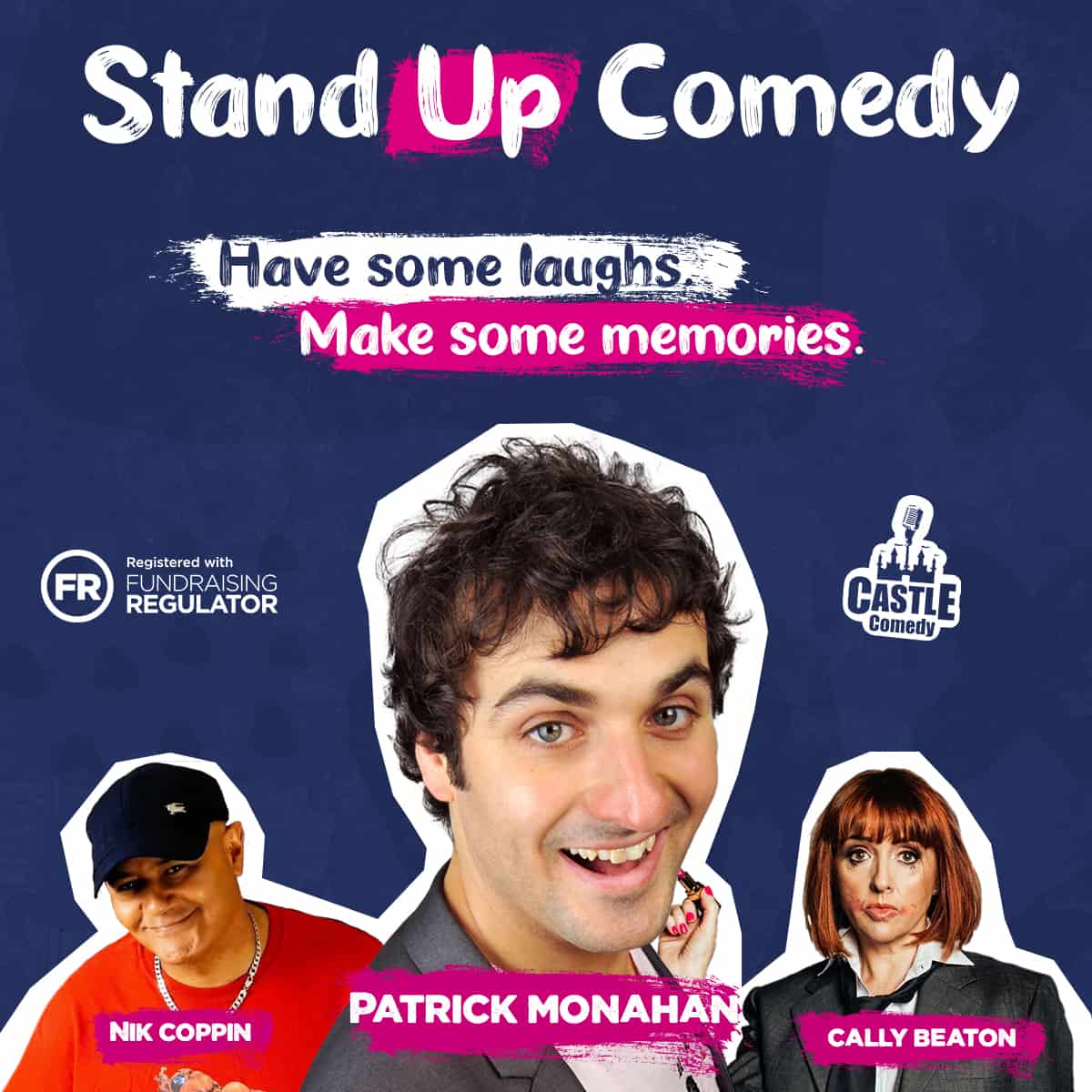 We’ve teamed up with Castle Comedy to bring you a brilliant night of stand up comedy from some of the best comics in the UK!

The show features a packed line up of top-quality names providing a brilliant night of laughter whilst raising funds to support those affected by cancer in the Bedfordshire, Cambridgeshire and Hertfordshire.

PATRICK MONAHAN – is an audience favourite who blends a high-energy comedy style with hilarious and engaging topical and observational material. Known for working a room, Patrick is adored by his audiences with whom he makes an effortless connection……he quite simply is the nicest man in comedy! His TV appearances include the hit family entertainment series ‘Splash!’ (ITV) and the new series of ‘Celebrity Squares’ (ITV). He was the winner of ITV1’s Show me the Funny and the host of ‘Jongleurs Live!’ (Sky).

CALLY BEATON – is a natural storyteller full of intelligent, distinctive, and punchline-rich material and one of the UK’s most sought-after acts. Cally’s TV and radio appearances include being a regular panellist on BBC’s QI as well as The Apprentice You’re Fired, Radio 4’s Museum of Curiosity, The Unbelievable Truth and has appeared on Celebrity Pointless. She is a frequent guest and commentator on BBC 5 Live, BBC Radio London and Times Radio.

NIK COPPIN – has developed a cult following around the world’s comedy festivals due to his feel good comedy!

If you have an event, that you would like to be featured on our Events Calendar, please visit Free Event Listing.